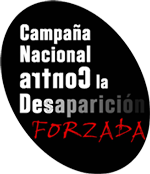 This proposed General Law was presented before the Mexican Senate on September 3rd, 2015 by a commission of family members and human rights and community organizations to the president of the Senate Human Rights Commission. This proposal is the first piece of legislation to be drafted primarily by family members of enforced disappearance victims and community and human rights organizations.

The development of this bill began in 2012 when member organizations of the National Campaign Against Enforced Disappearance, confronted with zero action by the State to put a stop to enforced disappearances as well as the lack of an adequate legal framework to ensure access to justice, began a process of consultation, study, and systematization of our experiences in the fight against enforced disappearance. Three years later, the proposed General Law was drafted, expressing the demands of family members that participated in this process and abiding by international standards on the subject.

This bill is the only one of the four currently in the Senate that was created by civil society with input from victims, and soon will be sent to committee for review. For this bill to become Law, we need support and solidarity from organizations, movements, collectives, victims and private individuals.

Exercising our legitimate right to participate in the creation of laws that contribute to the eradication of this abhorrent practice, we call upon the general public to join us. We must not allow the passage of a Law that guarantees or encourages impunity for perpetrators; instead let’s support and defend this community-based initiative.

To join this campaign, send your individual signature or that of your organization to the following address: desaparecidos.presentacion@gmail.com